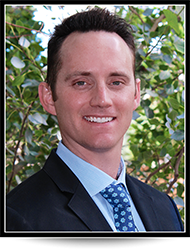 Dr. Owen attended Arizona State University and graduated Cum Laude with a B.S. degree in Kinesiology and a minor in Spanish. He received his medical degree at A.T. Still University School of Osteopathic Medicine in Mesa, Arizona while graduating top 10% of his class. He completed his transitional internship at LewisGale Hospital Montgomery in Blacksburg, Virginia, and went on to finish his dermatology residency at Lehigh Valley Hospital in Allentown, Pennsylvania where he served as Chief Resident his final year. During his residency, Dr. Owen received several academic achievement awards including the Stelwagon Award through the Section on Dermatology of the College of Physicians of Philadelphia and the Koprince Award for his senior resident oral presentation.

Dr. Owen is fluent in Spanish and in his spare time enjoys spending time with his wife, running, and snowboarding.